Windows 8 – How and what is it? Windows 8 is the newest operating system from Microsoft, the successor to Windows 7. It provides a few new things and while keeping some features the same – it generally could be said that Windows 8 is a completely new system. 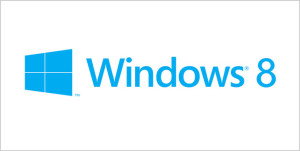 Firstly, why is it new? Windows 8 offers a fresh experience built from the success that was Windows 7 – Seven was wildly popular and some even viewed it as the spiritual successor to Windows XP rather than Vista. The desktop environment is still present – like other Windows systems and strongly represents the Windows 7 desktop. However, this is hidden by the new “Metro Experience” introduced in Windows 8.

“Metro” is what stands out tall and first in the long line of new features and what you’ll be presented with right away when you start up a machine with Windows 8. It’s a streamlined environment where “Apps” will be presented to you in squares and rectangles all put together nice and squarely. This is a great addition – for mobile computers using Windows 8. Communities around the Internet have been frustrated with how much Windows 8 is designed for mobiles and forcefully using this setup on all installations, including desktops where it is much less useful. Metro goes great on a tablet, or phone or even touch-screen laptop, though as it’s much like a home screen on an Android or Apple device.

Aside from Metro, Windows 8 also offers some new features and re-tooled others. Something that long-time users of Windows may notice immediately is that once you discover how to get to the desktop (Windows Key + D or find the “Desktop” Metro tile) you will see a lack of any discernible and trademark “Start Button” or “Start Menu”. For some reason, Microsoft decided this was not a good inclusion – leaving many long-time users wondering how to navigate their desktop.

A lot of customers and people who ended up with Windows 8 on their new computers seem to be lost without something that has been so paramount in previous systems from Microsoft. There are several solutions to this problem, and the one that has been found by us to be the most helpful is “Start Menu 8” by “IOBit”. It’s fairly customizable and can be very much like the old Windows 7 menu. There are other alternatives for those searching for this solutions though, so do a little googling for what will suit you the best.

Windows 8 has included some old features in new ways, for example file searching was arguably one of the most powerful features behind Vista and more-so in Windows 7. Since the Start Menu is gone, where did this feature go? From your W8 desktop, hit Windows Key + F, and this will bring up a new menu on the right side of your screen, where you can search for an App, a Setting or a File all in one.

If you have Windows 7 already, should you upgrade to Windows 8? It’s a hard decision to say yes or no, and you’ll have to think about if you want to re-learn things you already know to more familiarize yourself for the modern, hybrid PC and Mobile system. Is it more powerful? We’ve only seen a couple computers in shop with it so far, and it seems to operate cleanly minus all of the struggles of misplaced features. You may like it, but you also may not – the best suggestion would most certainly be: “Try Before You Buy”.